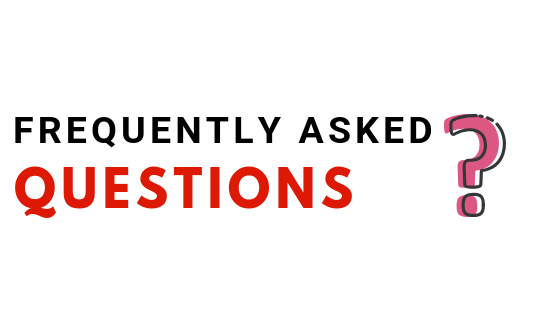 What is sexual harassment or abuse?

Sexual harassment is defined as “any unwelcome sexual advance, request for sexual favors or other verbal or physical conduct of a sexual nature, when it interferes with work, is made a condition of employment or creates an intimidating, hostile or offensive work environment.Sexual harassment can take many forms and may include, but is not limited to: unwelcome sexual advances, the forcing of sexual attention, verbal or physical, on an unwilling person; or the attempt to punish the refusal to comply.

Specific examples are: verbal harassment or abuse, subtle pressure for sexual activities, sexual advances in the pretext of narrating sexual incidents, unnecessary touching, patting, or pinching, leering at a person’s body, constant brushing up against a person’s body, demanding sexual favors accompanying by subtle or overt threats concerning employment or advancement, physical assault, including rape.

There are two significant manifestations of Sexual harassment in the work environment, which are important to describe:

i) Abuse of authority: A demand by a person in authority, such as a supervisor, for sexual favors in order for the victim to keep or obtain certain job benefits, be it a wage increase, a promotion, training opportunity, a transfer or the job itself.

ii) Creating hostile environment: Any unwelcome sexual advance, request for sexual favors or other verbal or physical conduct of a sexual nature, which interferes with an individual’s, work performance or creates an intimidating, hostile, abusive or offensive work environment. The typical “hostile environment” claim, in general, requires finding a pattern of offensive conduct, however, in cases where the harassment is particularly severe, such as in cases involving physical contact, a single offensive incident will constitute a violation.

Where can sexual harassment happen?

There is no particular place or situation where sexual harassment happens. It can happen anywhere. It could occur in the workplace or environments such as school or University. It could also be during hallway exchanges or non-professional settings.

What should I do if someone tells me that they’ve been sexually harassed?

People who’ve been harassed often turn to friends and family members for support, and in such a case where a person comes up to you and trusts you; listen to them and believe them. DON’T judge them. Moreover, encourage them to seek help whether legal or medical.

What laws are there for work place sexual harassment?

1. According to Section 2(h) of the Protection against Harassment of women at Workplace Act, 2010 harassment” means any unwelcome sexual advance, request for sexual favors or other verbal or written communication or physical conduct of a sexual nature or sexually demeaning attitudes, causing interference with work performance or creating an intimidating, hostile or offensive work environment, or the attempt to punish the complainant for refusal to comply with such a request or is made a condition for employment.

Withholding for a specific period, promotion or increment

Stoppage for a specific period

Recovery of the compensation payable to the complainant from pay or any other source of the accused.

Dismissal from service and

3. According to Section 8 of the Protection against Harassment of women at Workplace Act, 2010, the female has an option to file a complaint directly to the Ombudsman or the Inquiry Committee. Electronic Crimes or Cyber Crime Laws for Women:

4. If any person intentionally and publicly displays of transmitting any information to harm the reputation or privacy of any person including female, is liable to be punished with imprisonment for three years or with fine or with both under the Prevention of Electronic Crimes Act, 2016.

5. If any person intentionally and publicly exhibits or displays or transmit any information with the intention to harm the female or her reputation, or to take revenge, or to create hatred or to blackmail is liable to be punished with imprisonment for five years or with fine which may extend to five million rupees or with both under the Prevention of Electronic Crimes Act, 2016.

6. A person commits the offence of cyber-stalking if he harasses any female through internet by following her or contracts or attempts to contact to foster personal interaction repeatedly despite a clear indication of disinterest by such female under the Prevention of Electronic Crimes Act, 2016.

7. If a person takes a photograph or make a video of any female and display or distribute it without her consent in a manner that harms a female is liable to be punished with imprisonment for a term which may extend to three years or with fine which may extend to one million rupees or with both under section 24 of the Prevention of Electronic Crimes Act, 2016.